We came second in the County Handball Finals

Burton came second in the Can Do Watersports event run by Rockley Watersports in Poole Park.  Well done all! 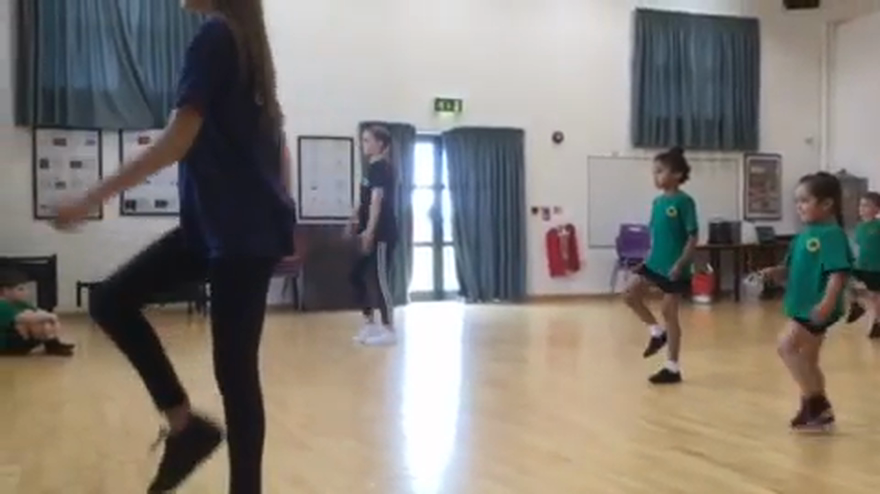 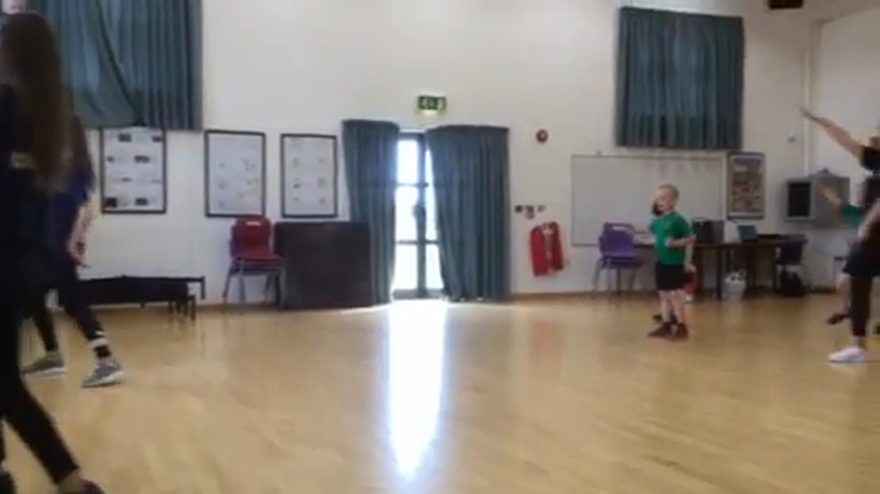 On Friday 3rd of May Y1/2 children from Burton took part in a multi-skills event at The Grange. The children met Jake Sheaf a team England beach volley ball player who led a volley ball session.

The Sports Leaders organised the children to take part in lots of fundamental movement activities, and a dance session. Dan led a session on children’s fitness exercises. Well done Burton for excellent participation and behaviour!

We were so proud to have our new running track opened by double Olympian and Commonwealth medallist Liz Yelling this week.

There are so many health and well-being benefits from using this type of equipment. As a school we complete ‘the Daily Mile’ which is a social physical activity, with children running or jogging – at their own pace – in the fresh air with friends. It’s social, non-competitive and fun and the

We have already seen the track being used by a really diverse group of children. It’s great to see so many children enjoying it so much! We cannot wait to see what other events and activities we can use this exciting facility for.

On Thursday 14th March the Y4 football team went to the Christchurch 6 aside football tournament.

There were 8 teams there which included

Third game was with Twynham which we won 2-0

This meant we made it through to the final.

In the final we played Mudeford and lost 2-0

We had great team work and played really well together

On Monday 4th March, 8 children from Y6 went to Moors Valley to take part in Mountain biking, orienteering and an hour on the play trail.

Our first activity was going round the play trail. We had lots of fun but we didn’t realise that the slide was wet. Our favourite was the eagle/pirtate ship.

Secondly (which was my favourite activity) was mountain biking which we came across bumpy roads,steep hills and narrow paths.

Last but not least (our longest activity) was orienteering which was so much fun, because we had to find the numbers scattered around the whole forest and our group, me, Emil, Oliver and James won the competition. One group got lost but luckily after 20 minutes they found their way back.

The children who took part were:

Thank you Mrs Slater for taking us. Well done Burton.

We had three rounds. We did really well in round one. In round two we won nearly all our races. We cheered each other on and had a really good time. In the final round we succeeded and persevered. We did amazing in every event. Burton came second out of 4 teams.

Thank you to Mrs Slater and Mrs Simmonds for taking us.

Written by Jessica and Kacey

On Tuesday 30th October, Jake, Jermaine, Isobel, Maddy, Ruby, Alice, Charlie and Jacob went to The Grange to take part in a Dare to Believe festival. This is all about taking part and having fun!

First we had a go at indoor curling then sitting volley ball, elephant ball, obstacle relay, indoor cricket and Bocia. Lots of activities we have never done before. It was good fun.

On Thursday 11th October, Burton Primary was chosen to play in a netball tournament along with The Priory, Mudeford, Twynham Primary, Highcliffe Juniors, and Christchurch Juniors.

We took two teams, team A: Will, Harry George, Ella, Megan, Jessica B, Ava and Harry M, and team B: Eryn, Libby, Henry, Lucy, Sophie, Emil and Alfie. Both teams did brilliantly, winning all their matches and coming joint first!

Thank you to Mrs Simmonds and Mrs Stark for giving up their time.

On Tuesday 9th October, 10 children from Burton Primary School went to The Grange to take part in Sports Leader Training. It was a very active day!  First we had to think about what skills were needed to be a good Sports Leader and then we learnt lots and lots of different games and warm ups. We then had a go at making up our own games and had to teach our friends. In the last session we thought about what we would like to do when we got back to school.

Our new Y6 Sports Leaders are: Ava and Harry