What a lovely sunny day we had for our Sports day on Thursday. The children had a great time taking part in lots of activities including egg and spoon, agility ladder, hurdles, basketball shoot, soft javelin, running noughts and crosses and much more! We finished the event with running races and relay races. Congratulations on Europe for gaining the most points for ability and demonstrating our sporting values. A big thank you to our Sports Leaders and Y11 students from The Grange who ran all our events. 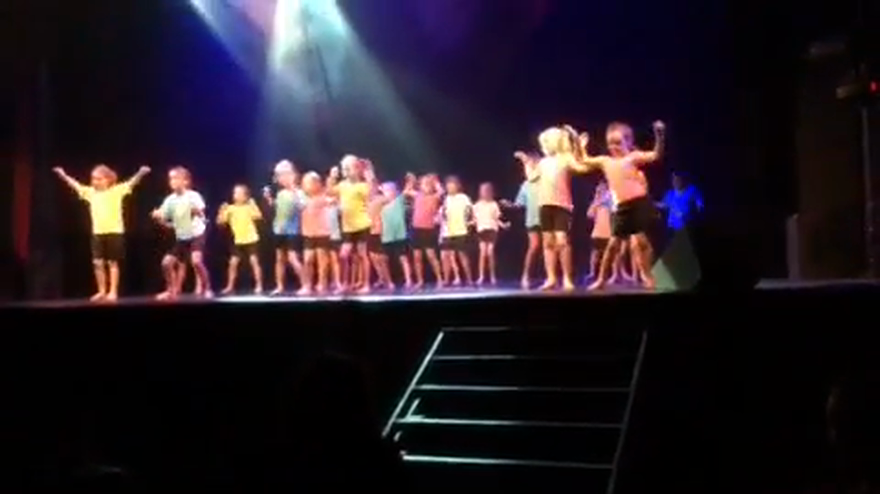 On Monday 11th of June we took part in the Can Do Watersports event at Poole Park. The weather was fantastic. Holly, Noah, Rhys, Grace, Josie, Ellie, Anna and Crystal took part. First we learnt to sail in a Pico and then we went out in 2 man kayaks. In the afternoon we took part in kayak races around the island. We also did land based games. There were 18 schools who took part from all over South Dorset. Rhys and Noah, Josie and Ellie and Holly and Josie came second in their races and as a result we came third school overall. Well done Burton Primary school and thank you to Rockley Watersports and all their students for organising a fun event.

On Friday 8 th June 16 Y1/2 children took part in a Multi-skills tournament at The Grange organised by Mr Moody and his fabulous Sports Leaders. It was lovely to see so many of our old pupils who did an excellent job. Our children had a great time and were a credit to Burton Primary School, so well done to you all.

We were rated on how our performances were and you could get a gold, silver or bronze.  Bailey and Freya got gold, Courtney got Silver and Ruby and me got bronze.  Thank you Mrs Slater and Mrs Elliott for taking us.

On Wednesday 16th May we took 3 teams of 4 to take part in the Y3/4 Tennis tournament at Christchurch Tennis facility. The Sports Leaders for Twyhnam school were excellent umpiring and scoring for the children. Again our children were a credit to Burton school, even coping well with a heavy down pour of rain! 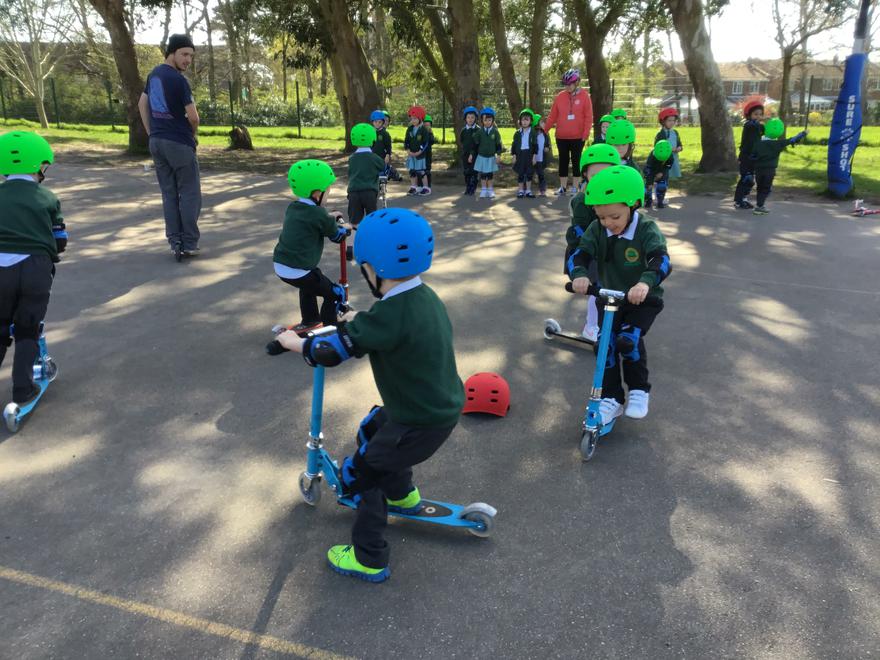 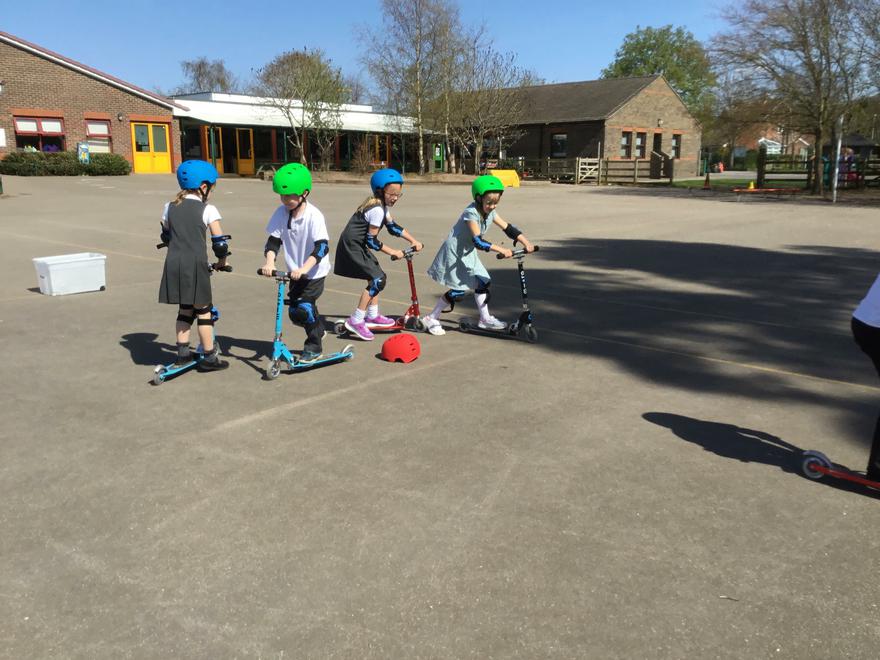 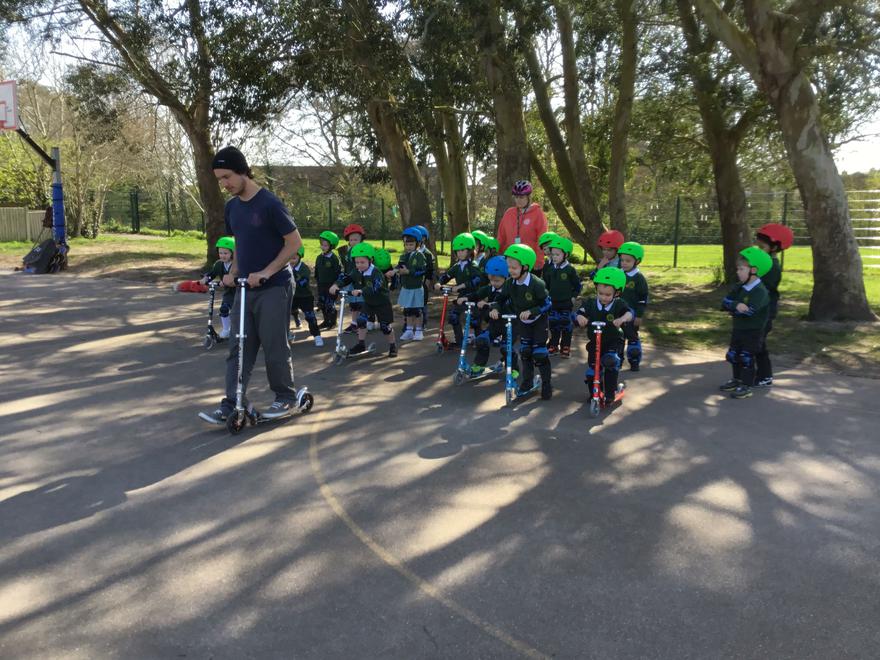 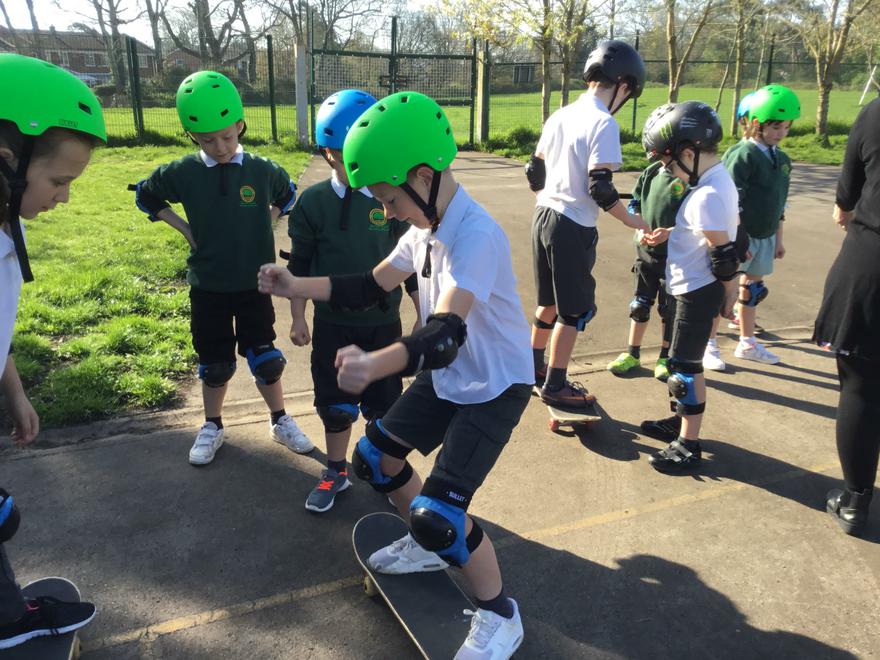 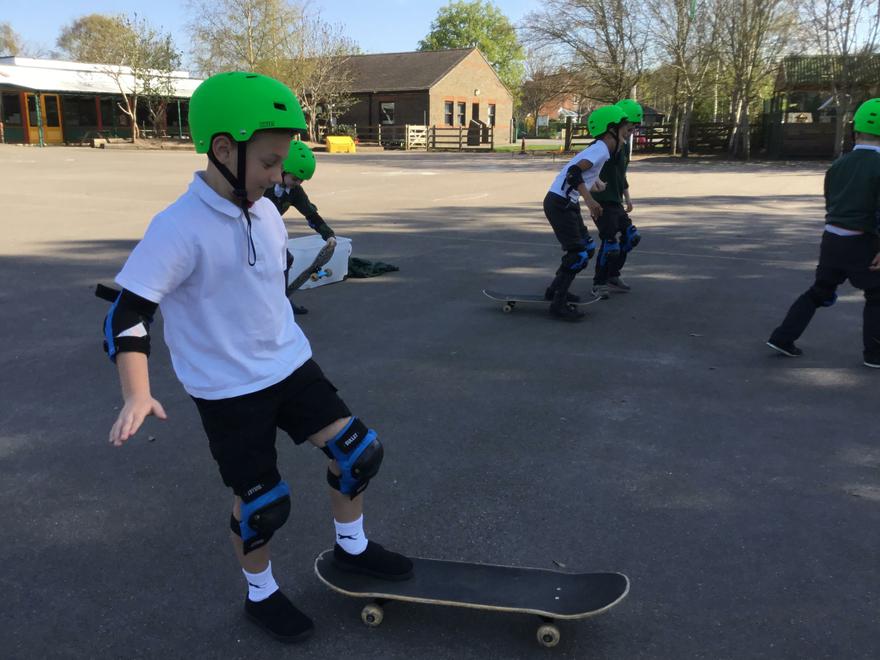 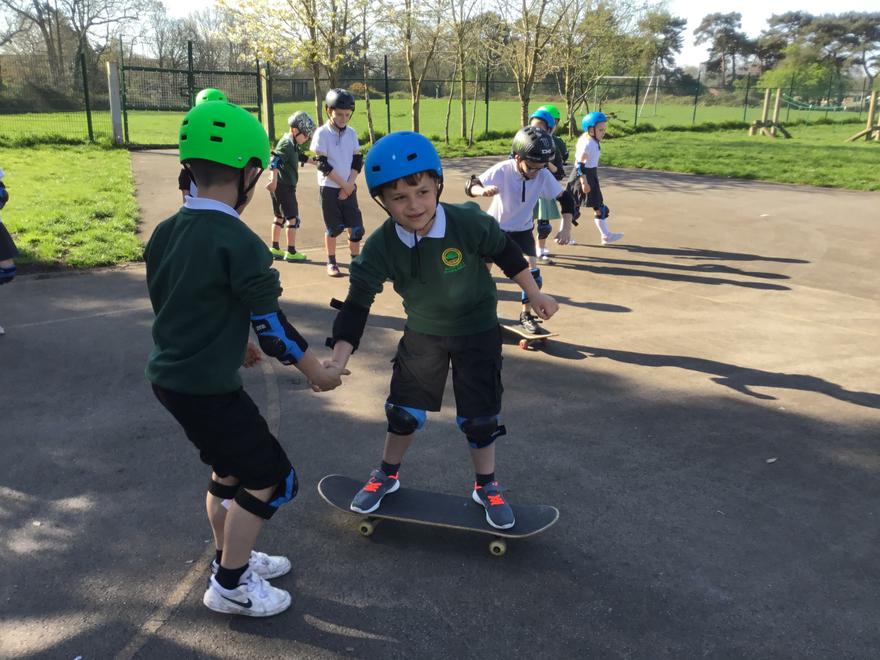 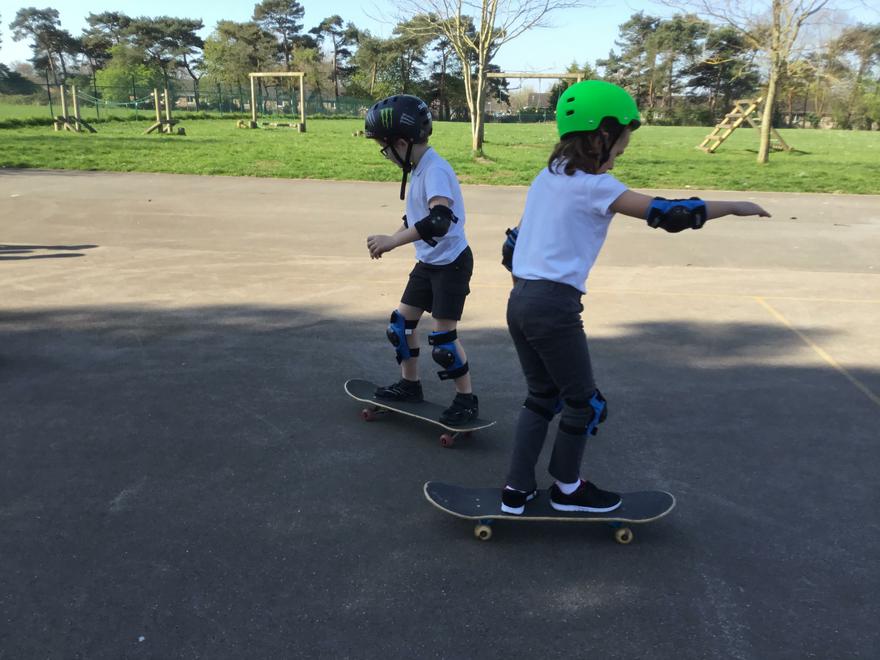 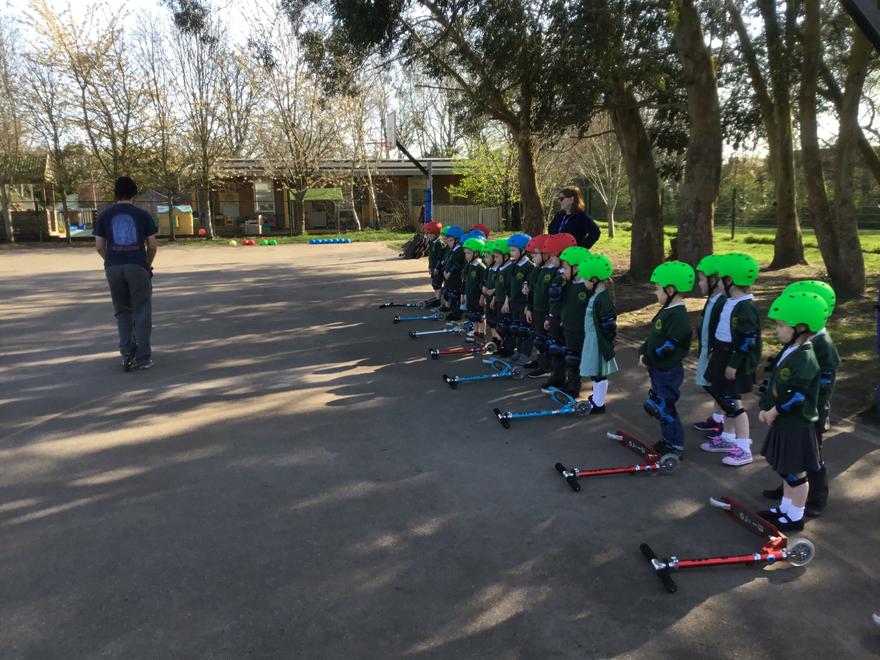 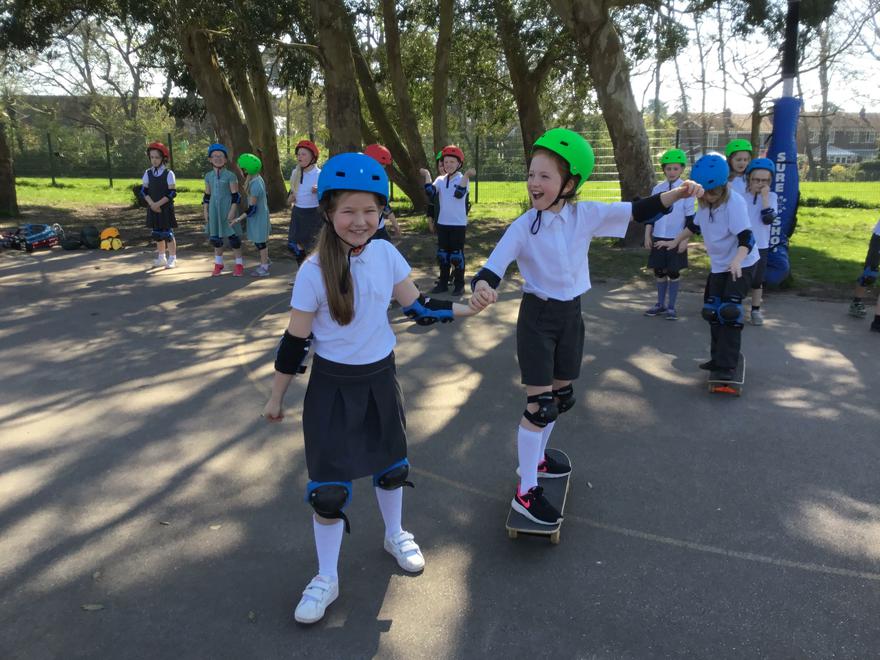 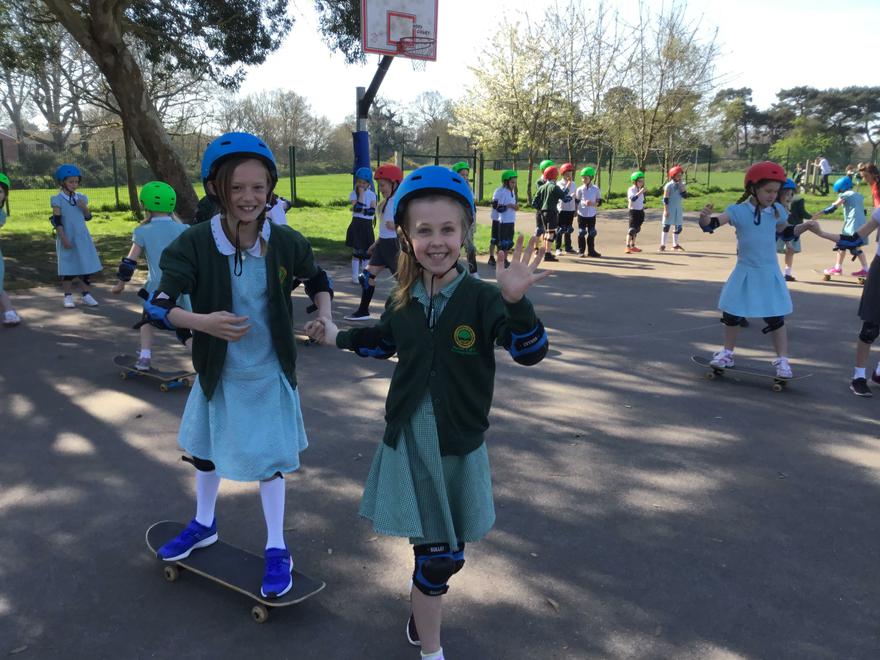 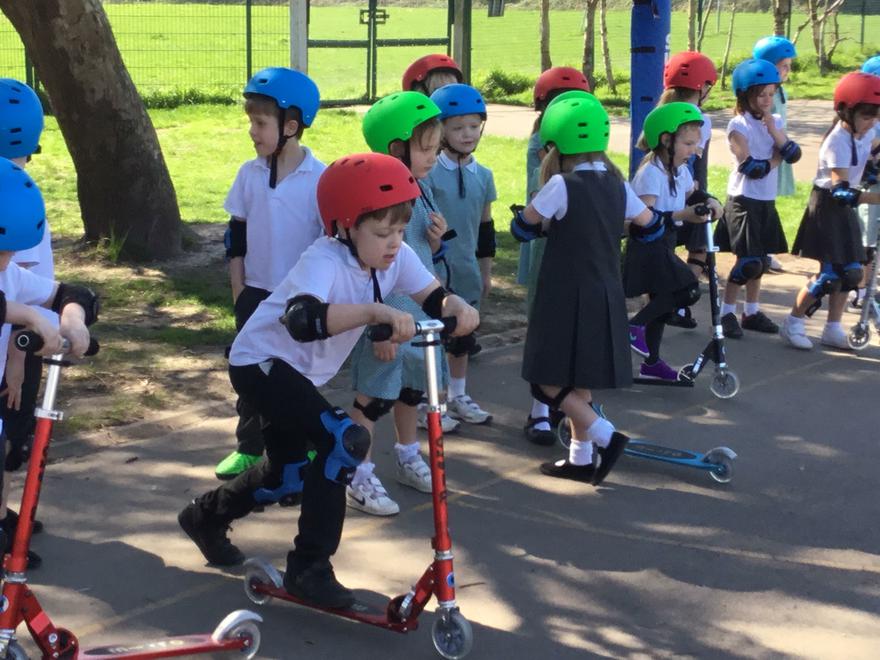 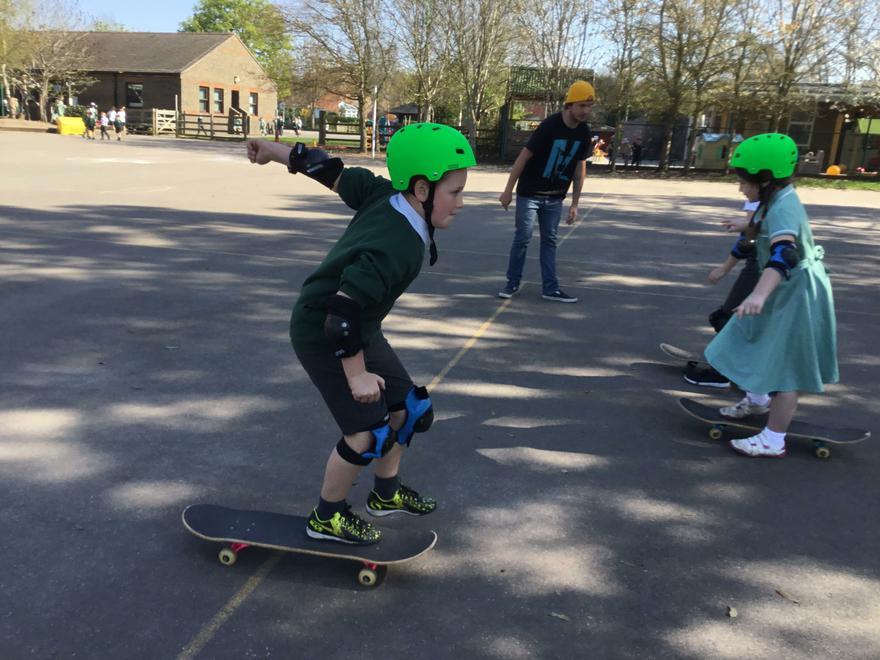 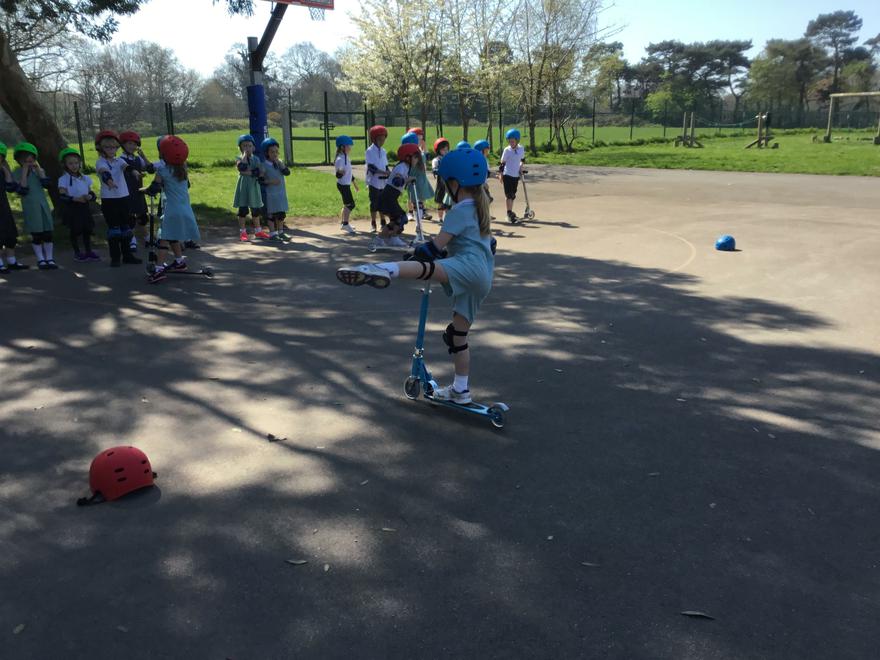 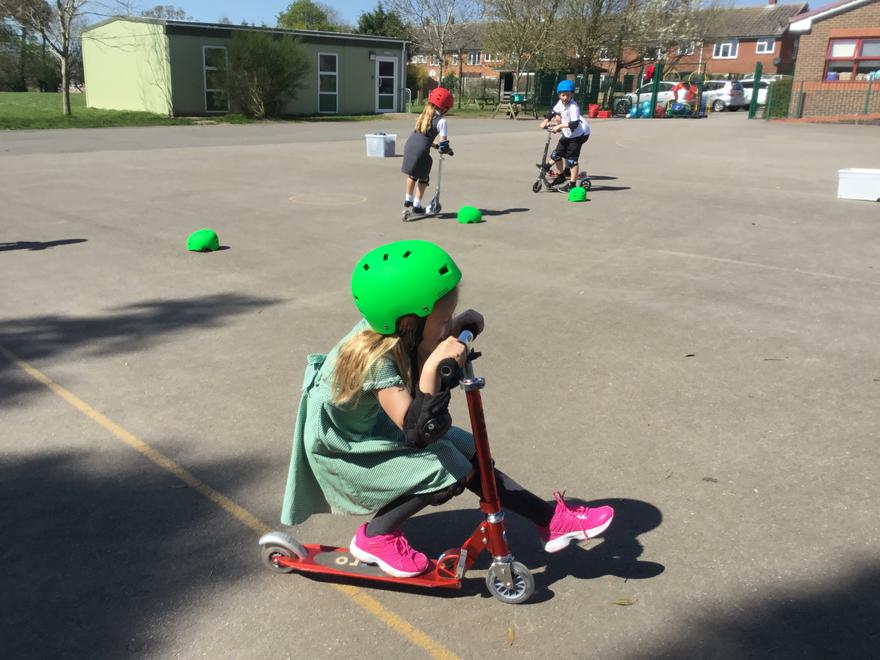 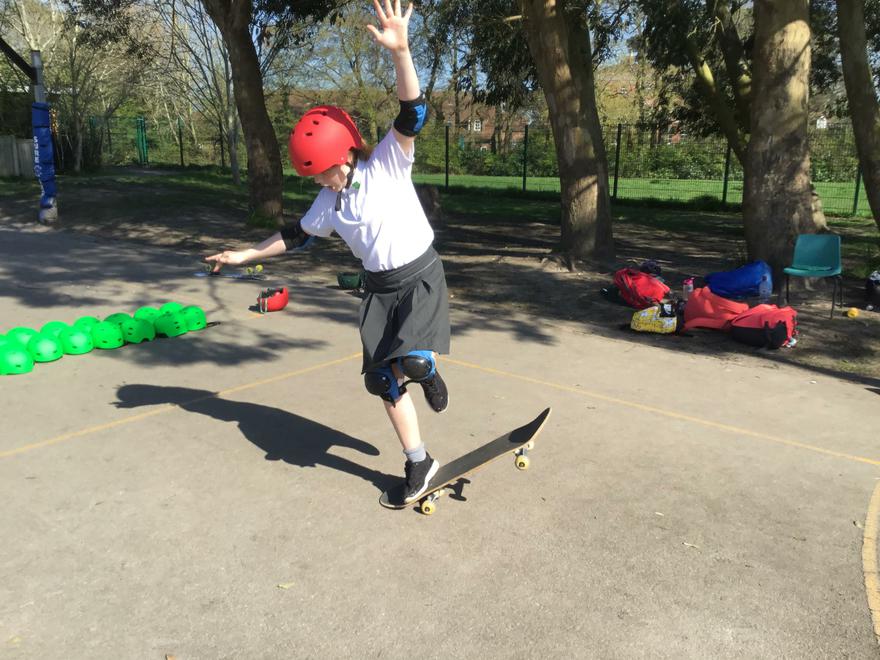 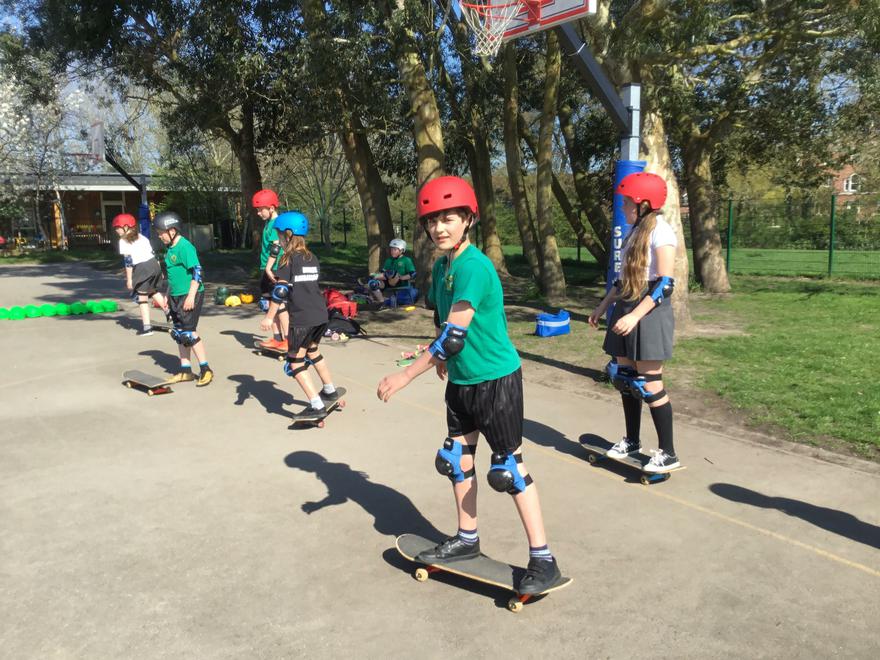 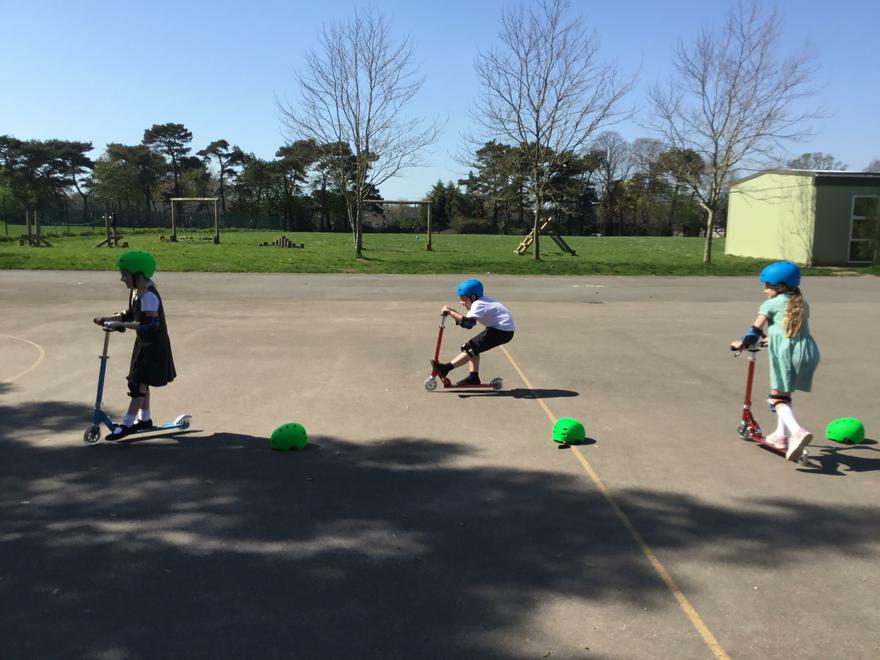 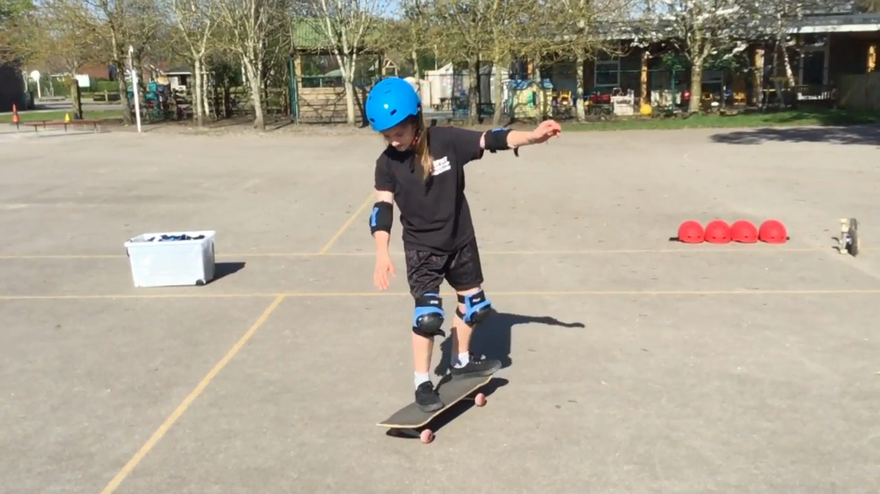 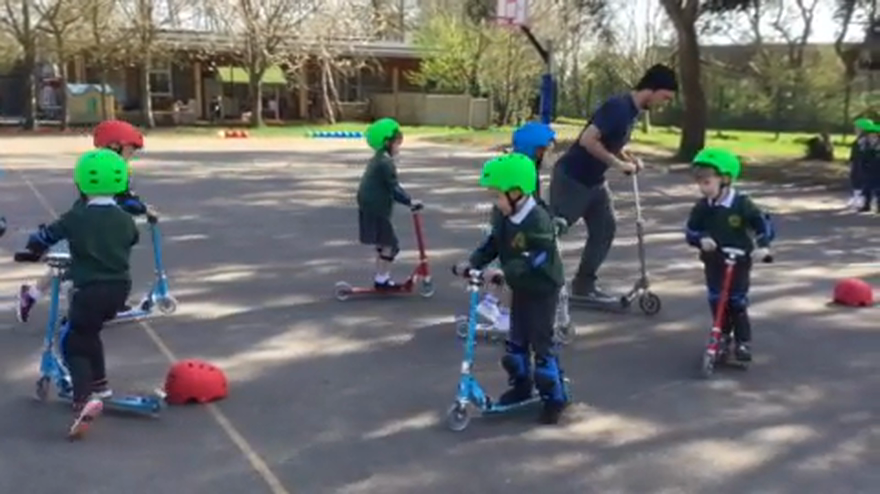 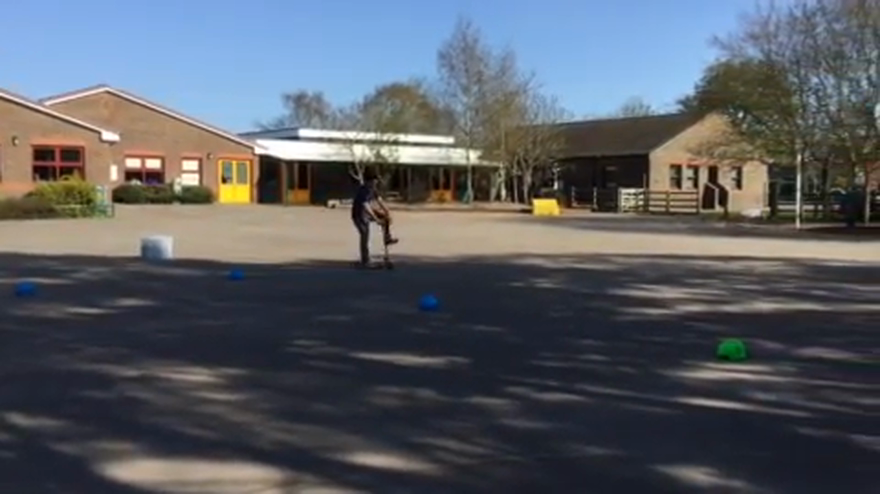 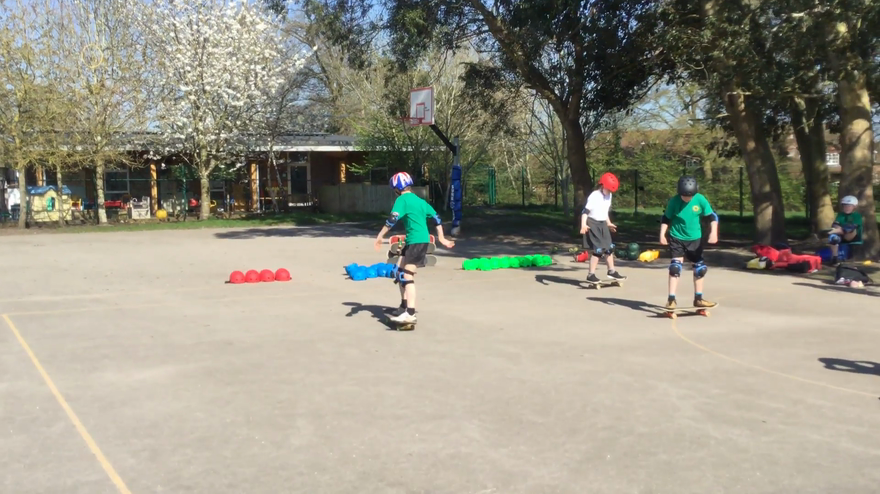 school to teach us about safety with scooters and skateboards. The Team Rubicon

instructor was called Sam. He could do many tricks, making them look very easy to do,

Holly: Sam firstly taught KS1 how to ride a scooter safely and he showed them a

number of cool tricks. He then taught KS2 how to ride a

skateboard safely and he did a number of tricks for us.

Bethany: We would like to say thank you to Team Rubicon for

coming but also to Mrs Slater for organising it, it was very funny.

Our first match was against Mudeford Junior School.  Unfortunately we lost 2-0.

Our second match was against Highcliffe which we drew 0-0.

After that we played St Josephs, which we also drew 0-0.

We then played Christchurch Juniors and we drew 0-0 again.

We would like to say a thank you to Mrs Slater for taking us and all the support that was given.  In the final results we came 3rd out of 6 teams.

Well done to Roxy, Ella, Freyah, Archie, Emma, Tamzin, Elliot, Connor and Isabella who took part in a multi-skills event at The Grange on Monday 26th March run by their Sports Leaders. It was lovely to see so many of our past pupils in a leadership role. The children took part in sitting volley ball, boccia, circle games, team work games, memory activities and much more. The children really enjoyed all the activities and were excellent role models for Burton School. Thank you to Mr Moody and Mr Pomeroy for organising the event.

In the first half we were playing well and it payed off!  We scored.  Aiden took a great corner and Bailed scored a top corner shot.  Then it was half time.

We came back on with a goal, it was Bailey!  Johnny made a great save and set Bailey up for a third goal.  Then Christchurch Junior School had a penalty and Johnny saved it!  From that the ball found Bailey and he scored again.  We had the ball and scored, (Bailey yet again!).

We all played brilliantly.  Then the final whistle blew - we won!!!!!

The scored ended 5-0 to Burton.

Thank you to Mrs Slater for organising it!

Thank you Mrs Slater for taking us and thank you to all the parents for their support.

The schools that participated were: Christchurch Junior School, The Priory, Mudeford and St Josephs.  First St Josephs and Burton did orienteering.  We did the exercise and then the real thing.  We split into 2 Burton teams (boys and girls).  Unfortunately the girls got lost in the woods and came 2nd to last.

The aim of the game was to find the number 116 and had to give one person the bleeper.

After that it was mountain biking, then it started to rain but we persevered through it.  Luckily it wasn't a competition.

Thank you Mrs Slater for taking us we had a lovely time!

On the 21st of February, Burton School took part in a Tag Rugby tournament at Chapel Gate from 10.00am until 3.00pm.  Thankfully the sun was shining!

We played 6 matches improving with every game. We played against teams from all over Bournemouth and beyond.

The winners were Heathlands School. The teams were all scored on their discipline, respect, enjoyment, sportsmanship and teamwork, the rugby core values.

Thank you Mrs Slater for taking us.

We played lots of games that were really fun like:  The Human Knot, Traffic Lights, try and make your own game and lots more.

The School’s that participated were Burton, St Josephs, The Priory, Twynham, Somerford and Highcliffe.

We would like to thank Mrs Slater for taking us.  Well done Burton.

By Jess, Kacey and Ella

On Wednesday, 18th October the Burton girl’s football team played in a tournament at Mudeford Primary School.  The first match we played was against Mudeford Juniors.  It was an outstanding game but sadly we lost 1-0.

On our second game we won 3-0 and Freya scored a hat-trick luckily we kept a clean sheet and Kelsey played brilliantly in goal.

In the third game we played Highcliffe St Marks.  Sadly we lost 2-0 but it was a tough game even though we tried our best.

The last game we played was against Christchurch Junior and we played back a good goal from Scarlett and an epic assist from Freya (bottom corner).  We would like to thank Mrs Slater for the support and the people who took part were: Ella, Rebecca, Bethany, Scarlett, Freya, Ava, Kelsey, Kacey, Ella and Jessica.  We did well and came 4th overall.

By Freya, Scarlett and Kelsey

There was lots of different activities, the main ones were relay races, chest pass, soft javeline, vertical jump, long jump and triple jump.

In the 4 x 1 relay girls came first and the boys lost unfortunately.  In the 6 x 6 relay the girls lost and the boys came 2nd.  These were the track events.

Altogether we came 2nd.  Everyone that took part did well.  Thank you Miss Slater for organising this tournament and the transport.  Well done Burton!

by Ruby S and Millie R

We did activities like: Mini beast hunting, finding out about Autumn and Map reading.

The people who went with us were Jack, Ava, Jake and Ellie.

We had so much fun there climbing the spider web, making new friends and memories with other schools.

We would like to thank Miss Slater for taking us on this adventure to Moors Valley.

By Hollie and Poppie H

On Tuesday 7th November we played in a 7v7 football tournament at Littledown leisure centre against all the other Christchurch schools. We took 2 teams and both our teams came 3rd in their competitions so well done to everyone who took part despite the pouring rain!