The beginning of our friendship with Kumi Bazaar School in Uganda...

In August 2017 Mrs Jeffries and her family went to Uganda in Africa to work, with 4 other families, on different projects to support the local people. They built a new classroom at Kumi Bazaar Primary school, helped in a deaf school with sports and crafts, ran a Saturday club for some of the poorest children locally and built a new house, for John and his family of seven, out of mud! It was a life changing experience.

Burton Primary School are forming a friendship with Kumi Bazaar Primary School. We are going to write and then email letters to them  throughout the year, telling them about all the exciting learning that is taking place here and we hope that they will be able to write back to us. We are also going to raise money to buy new school bags for the children at Kumi Bazaar School as we don't think it's fair that the children should have to but precious things like school books and pencils in plastic rubbish bags, that often break open,  as that is all they can afford.

We don't think it's fair that the children should have to put precious things like school books and pencils in plastic rubbish bags, which often break open, as that is all they can afford.

Ask someone from your family to add some coins into your small money bag every time you achieve one of the following challenges:

Helping out at meal times

During February: then bring your small bag full of coins back into school on

Together we can make a difference

THANK YOU SO MUCH!  BURTON SCHOOL HAS RAISED £443.83 FOR THE "BAGS FOR BAGS" PROJECT FOR KUMI BAZAAR SCHOOL.

The Kumi children are going to hold a competition to design a logo for their bag which will be made in Uganda to support the Ugandan economy.

The bags for Kumi Bazaar School

Flood the Nile with Coins

Since 2017 our School has been linked with Kumi Bazaar School in Uganda. Just like Burton it is a school full of learning, love and laughter. The children have very little but they are always smiling. In 2017 Mrs Jeffries’ family joined a team who went out to Kumi to build a new classroom at the school. This meant a class of 200 children could become a smaller class of just 100! Last year Burton School raised money to buy school bags for many of the children, so they could safely carry their precious school books from home to school every day.

We want to support the children in Kumi once more by raising money for more school bags and other school equipment. We are going to try and…..

‘Flood The River Nile With Coins’!

Our challenge is to collect enough money to fill an outline of the River Nile, drawn on our playground with chalk, with coins. Every child at Burton will be given a small bag which they can fill with coins collected from family and friends.

Please can all bags of coins by back in school by Friday 28th June. so that we can create our River Nile, count our total and send the money raised to our friends at Kumi Bazaar School.

Kumi Bazaar School has had a significant impact on me and my role as a teacher at Burton Primary School since we returned from our trip in 2017. Both schools have maintained contact and the children at Burton have fundraised for school bags and maths sets for the children at Kumi.

As a school Burton is committed to praying for Kumi Bazaar and this time I took letters that the children here had written. Whilst in Kumi I was able to work with the children writing responses to the children in Burton. A highlight for me was planting a tree of friendship between the 2 schools.

Planting a tree of friendship with the headteacher 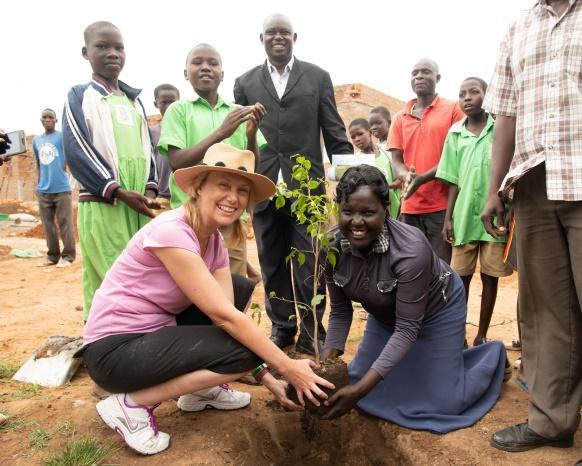 The friendship plaque - we will plant a tree too 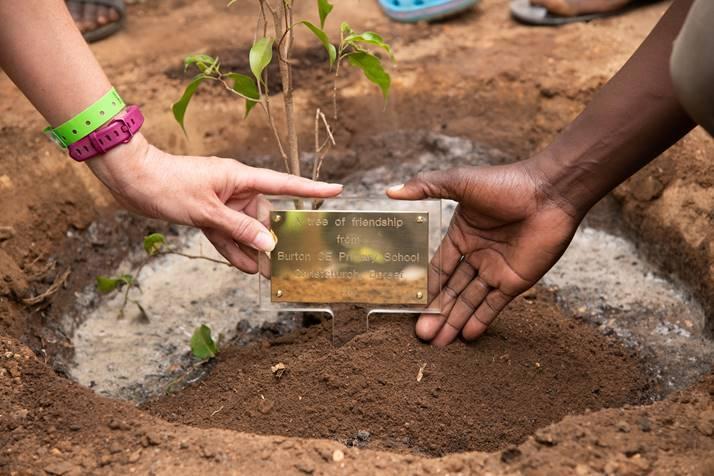 Letters from the children of Burton 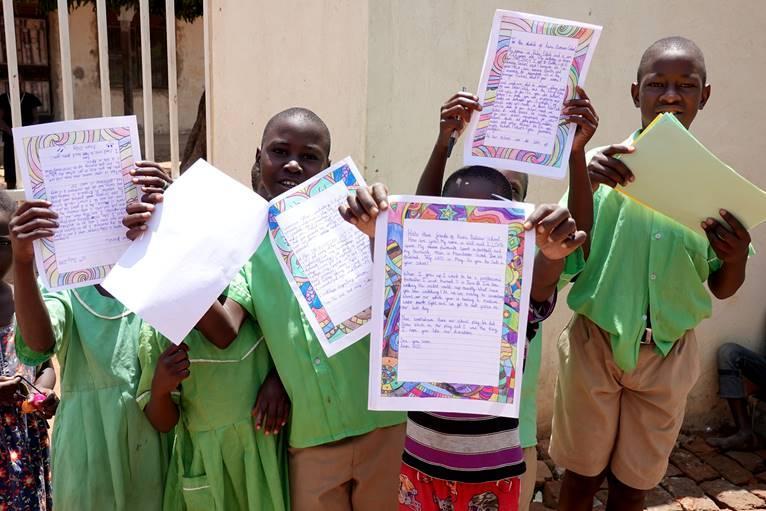 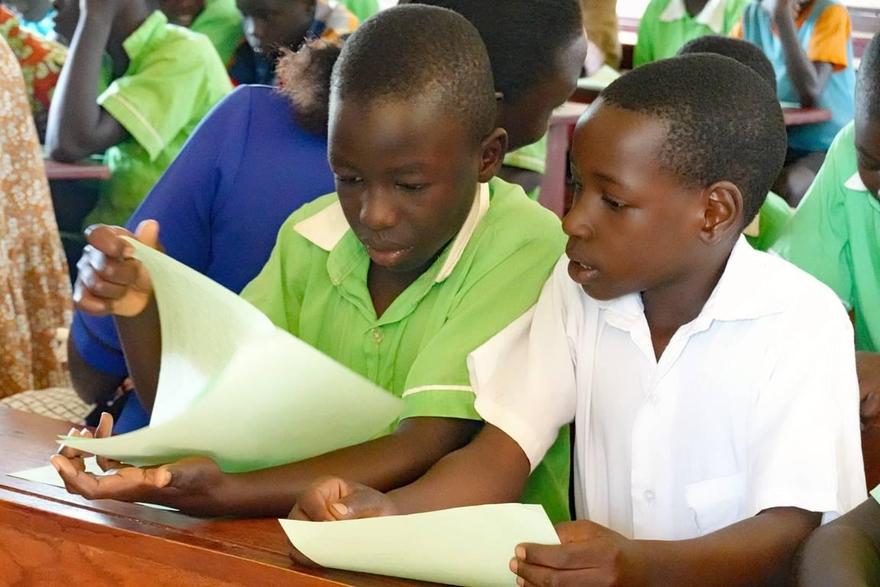 Writing replies to the children of Burton 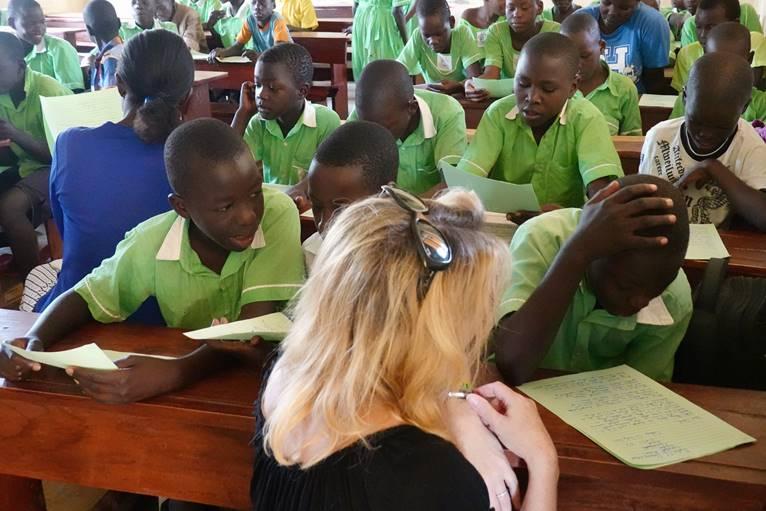 Reading books from Burton to Kumi 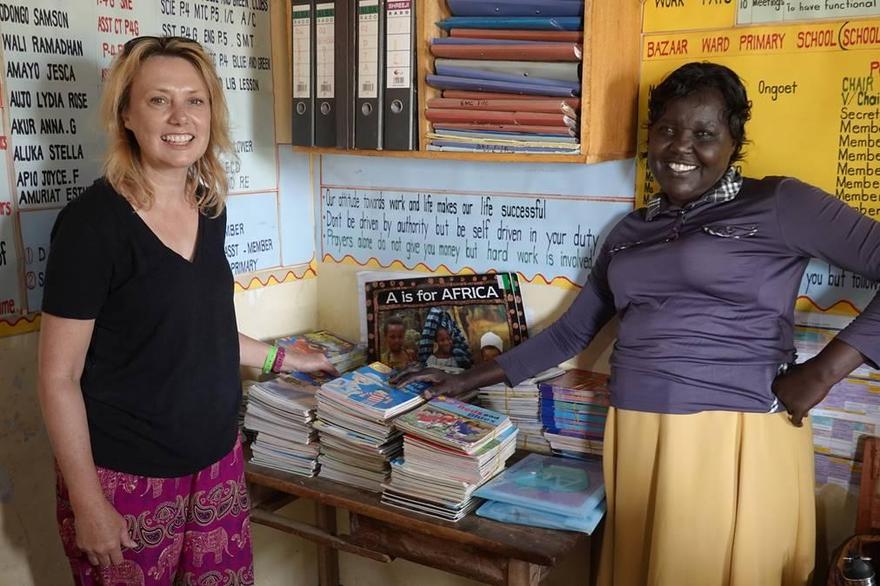