Today we are reading chapters 37-40. Read along or just enjoy listening to the story. Have a go at the questions afterwards.

Have a go at answering questions on ch37-40

Stanley and Zero survive on onions and jars filled with water but what if they had another item that would have helped them - Survival shoes.

Have a go at designing a pair of shoes that would have helped them in the desert. What special design features would they need to include?

Draw and label your designs.

Chapters 45 -46 are really dramatic. The boys, after all their efforts, are caught by the warden. They then realise they have disturbed a nest of deadly lizards. This could surely be the end of them?

Today, I would like you to have a go at creating a comic strip to represent the drama that has just unfolded.

You can choose a section that you like the best for your strip.

Look closely back/listen back to the descriptions. Consider what the characters are wearing; the time of day; where the lizards are during the drama and who is involved.

Try and include some of the direct speech in speech bubbles with the characters. You could include thought bubbles for what the characters might be thinking if they are not talking.

I have included an example comic strip but you can design your own on paper if you prefer. 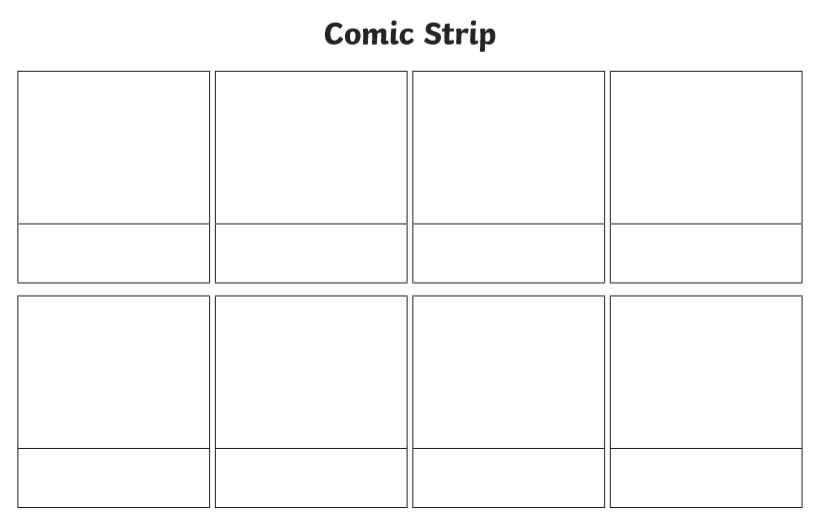 We are almost there. It is getting really exciting. What happens next? Read or listen to chapters 47 and 48.

Have a go at the parenthesis work. I have voiced the powerpoint for you.

Time to enjoy the final chapters.